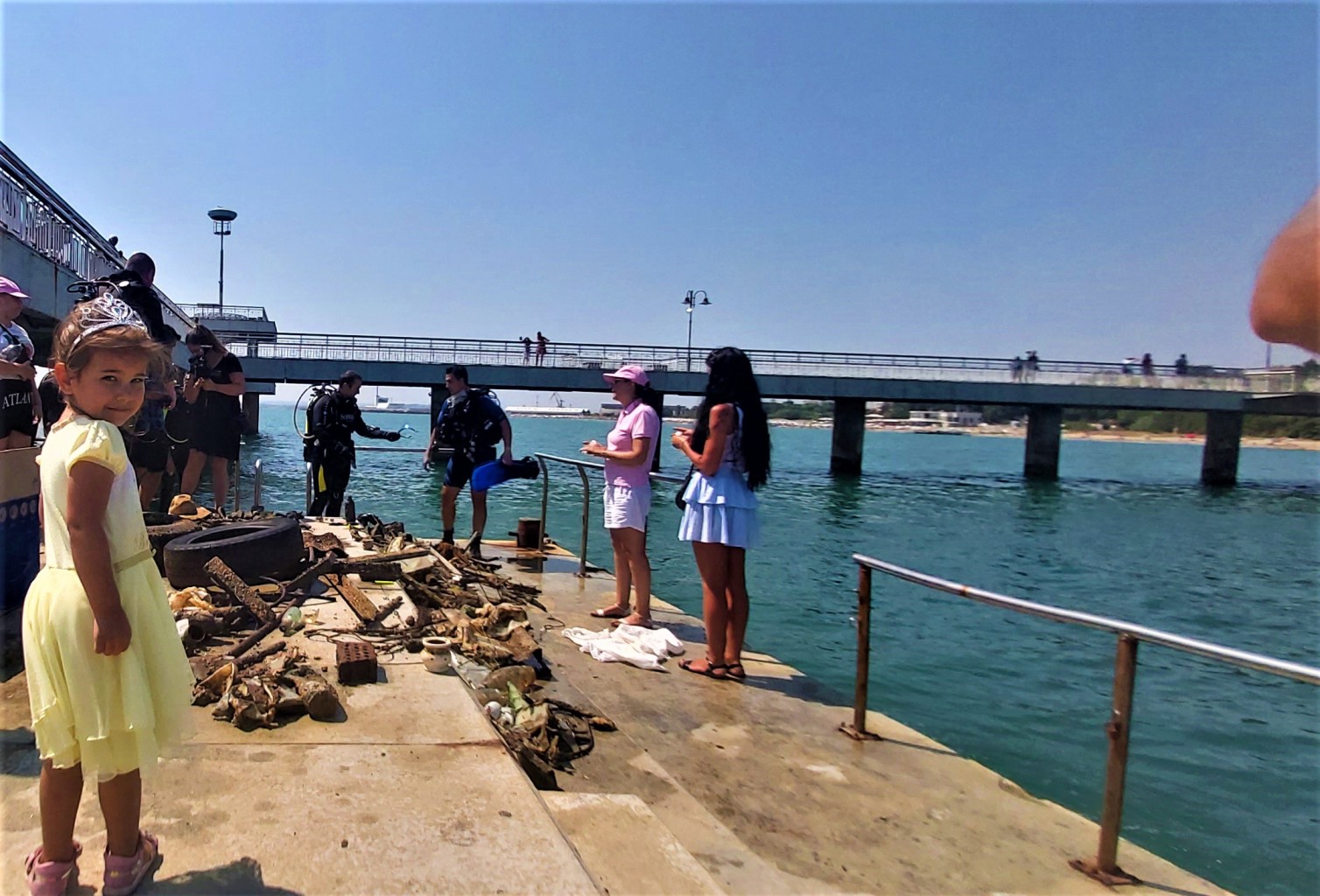 Nearly half a ton of waste was removed from the seabed by divers by the Friends of the Sea NGO” on Sunday, 1 August. The eco initiative was organized by Burgas Municipality.

The spectacular action involved 20 divers – men and women. For a few hours, they removed an impressive quantity of iron, glass and plastic. Among the most attractive finds are a drone, mobile phones, a handmade knife with a leather case, branded sunglasses, a hair clipper, as well as car tires, vases, bottles, bricks and more.

The waste collected during the campaign was transported and disposed of.

The eco initiative is part of the Burgas Municipality project “Implementation of measures to reduce marine litter in the Burgas Bay”, which is implemented in partnership with the “Chance for Children and Nature of Bulgaria” Foundation and the NGO “The Blue Army” from Iceland.

The project is funded under “Environmental Protection and Climate Change” Program of the EEA FM 2014-2021. The project activities aim to improve the ecological status of the sea waters in the Burgas Bay and increase the public awareness, self-awareness and responsibility of the citizens for the reduction and prevention of marine litter.

Divers and US military collected over 200 kg. from the seabed near the Bridge of Burgas.

Cleaning the seabed around of St. Anastasia Island