Automated devices “catch” daily floating waste near three ports in Burgas. They are placed near the fishing ports in “Chengene skele” and the neighborhoods “Sarafovo” and “Kraymorie”. The automated devices, which are very similar to buckets, are designed to cope with the tide. They are extremely effective and the result is visible.

A demonstration of how the devices work was made during the final press conference on the project “Implementation of measures to reduce marine litter in the Burgas Bay”. It is implemented by the Municipality of Burgas in partnership with Foundation “Chance for Children and Nature of Bulgaria”, as well as the NGO “The Blue Army”, Iceland. Its funding is under the EEA FM’s Environmental Protection and Climate Change Programme 2014-2021.

“The aim of the project and all the activities included in it were to improve the cleanliness of the Black Sea and reduce the waste that consumes the sea annually as a result of various activities of the people, raising public awareness, self-awareness and responsibility of citizens.”, explained Maya Ruseva, Director of Strategic Development Directorate.

“All project activities are saturated with many messages in order to reach more people and especially children. The more awareness is raised, the more positive behavior towards protecting the environment is formed”, said Vesna Baltina, Deputy Mayor “Strategic Development and Ecology, Digitalization and Adaptation to Climate Change”.

Within the framework of the project, a variety of initiatives and activities were organized in order to provoke a responsible and caring attitude towards the protection of the cleanness of the marine environment.

Tons of plastic, household and other waste were removed by divers near the Bridge in Burgas and the island of St. Anastasia.Divers from the “Friends of the Sea” took part in the activities for collecting marine litter, organized by the Municipality of Burgas.

Huge interest and excellent results were achieved through another attractive action within the project – “Fishing for waste”. The eco initiative is implemented with the participation of the local fishing community and the sea has been “released” from kilograms of waste.

Another activity implemented within the framework of the project was the implementation of a “Plan to limit the use of single-use plastic products in the buildings and premises of the Municipal Council and municipal administration – Burgas”, in order to reduce the plastic waste generated and increase the knowledge of the local administration and stakeholders about the sources of marine pollution. Water filtration dispensers were placed in 30 municipal buildings.

Together with the partners of “Blue Army” were organized educational campaigns among 750 students in 5 Burgas schools. Their goal was to form a responsible attitude towards preserving the cleanliness and preservation of our vast wealth – the Black Sea. Numerous lectures and workshops, with active participation of Burgas children and generation of different ideas with an eco-focus, were held jointly with the Chance for the Children and Nature of Bulgaria Foundation.

The duration of the project was 14 months. 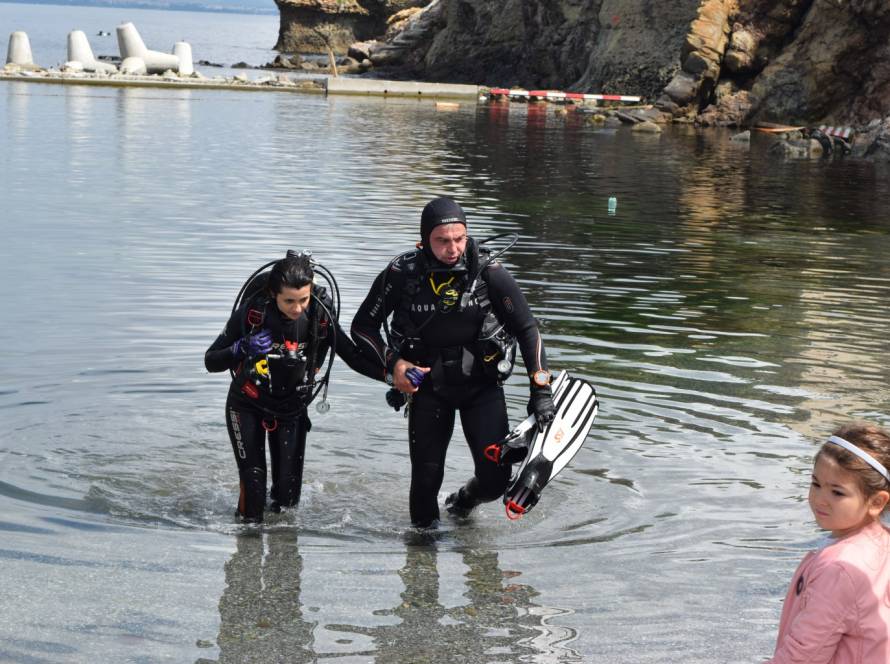 Cleaning the seabed around of St. Anastasia Island