Over 200 kg. waste, mainly car tires, plastic and glass, pulled from the seabed near the Bridge professional divers from the Friends of the Sea Association during an eco-operation initiated by the Municipality of Burgas.

It was joined by volunteers from the 415th Civil-Military Cooperation Battalion from Kalamazoo, Michigan.

The event was dedicated to the International Day of the Sea and is part of the project “Implementation of measures to reduce marine litter in the Burgas Bay”, which is implemented in partnership with the Chance for Children and Nature of Bulgaria Foundation, as well as the NGO “The Blue Army”, Iceland. Its funding is under the EEA FM’s Environmental Protection and Climate Change Programme 2014-2021.

A total of 12 professional divers, two volunteers and four U.S. military personnel took part in the operation near the Burgas Bridge. Despite the rainy and cold weather, the action was successfully realized.

According to large-scale studies, in the last 4 years alone, the number of marine inhabitants who have been threatened or suffered from plastic ingestion or improper entangling in nets has increased by nearly 20% in the last four years.

The children from Eco-Club “Blue Explorers” collected over 840 liters of plastic waste during the beach cleaning of the sea shore in Burgas on the weekend. 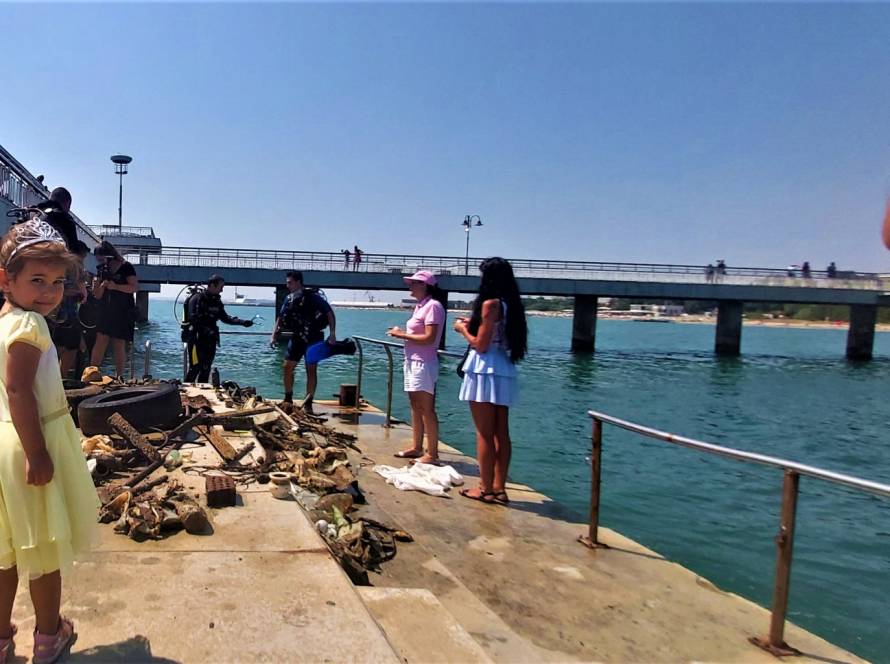 The sea rested from half a ton of waste! The most attractive findings that divers have drawn around the burgas bridge were a drone, mobile phones, home appliances